PEANUT BUTTER AND JAM CONCERT SERIES - City of Kenosha, WI | Kids Out and About Milwaukee 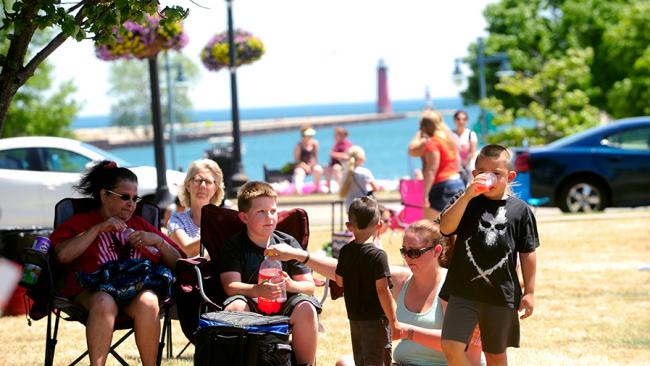 Families: Get ready for a summer full of great, outdoor music! Bring your lawn chair or blanket. Refreshments available for purchase, or pack your own picnic. Admission is FREE. Presented by the City of Kenosha and Happenings Magazine The event is on Kenosha's Electric Streetcar line.
Click here for more information about this activity

July 11: Gone Country is a group of rock n’ roll musicians who have a deep appreciation for country music. Playing old standards and the latest hits in country – like Keith Urban, Luke Bryan, Jason Aldean, Garth Brooks, Miranda Lambert, Carrie Underwood, The Band Perry, and many others – Gone Country brings a high energy performance to each show.

July 18: Lil’ Ed and the Blues Imperials have played at nearly every blues festival around the world. They have garnered a wide range of fans including Conan O’Brien. A long-time PB&J favorite, Lil’ Ed has won the coveted Blues Music Awards Band of the Year twice, and has been nominated nine times.

Aug. 1: Tynan, Chicagoland’s number one horn driven party rock band, is returning to Kenosha by popular demand. The 10-piece band delivers exciting performances that are bound to keep you on your feet.

Aug. 8: Love & Rock pays tribute to the music of the amazing women of rock throughout our time. You will hear the hard rock anthems, power ballads, and songs that will be remembered from the top women of rock spanning from the ‘70s to today.

Aug. 15: Megan Rüger, grabbing the world’s attention as a star on season 6 of NBC’s hit show “The Voice,” will present high-octane performances. The Twin Lakes native will be mixing rock with pop melodies, promising to deliver an electric performance.

Aug. 22: 7th Heaven is a Chicago based rock band that has been heard on radio stations in the Chicagoland area with their hits “This Is Where The Party’s At,” “Time Of Our Lives,” “Beautiful Life,” “Spotlight,” “Better This Way” and “Sing.” Having been at the top of the Midwest Billboard Charts three times in the past three years, 7th Heaven is an experience you just have to see and hear.

Aug. 29: Epic is an ‘80s cover band from the Chicagoland area, delighting crowds with hit songs of the ‘80s and fan interaction. The band delivers high energy performances and engages crowds of all ages with beloved songs that remain popular today.

Veterans Memorial Park
625 52nd St. Kenosha, WI 53140
(262) 653-4177
Website
*Times, dates, and prices of any activity posted to our calendars are subject to change. Please be sure to click through directly to the organization’s website to verify.

All Ages Adults & kids together