Veterans Day Parade 2019 | Kids Out and About Milwaukee 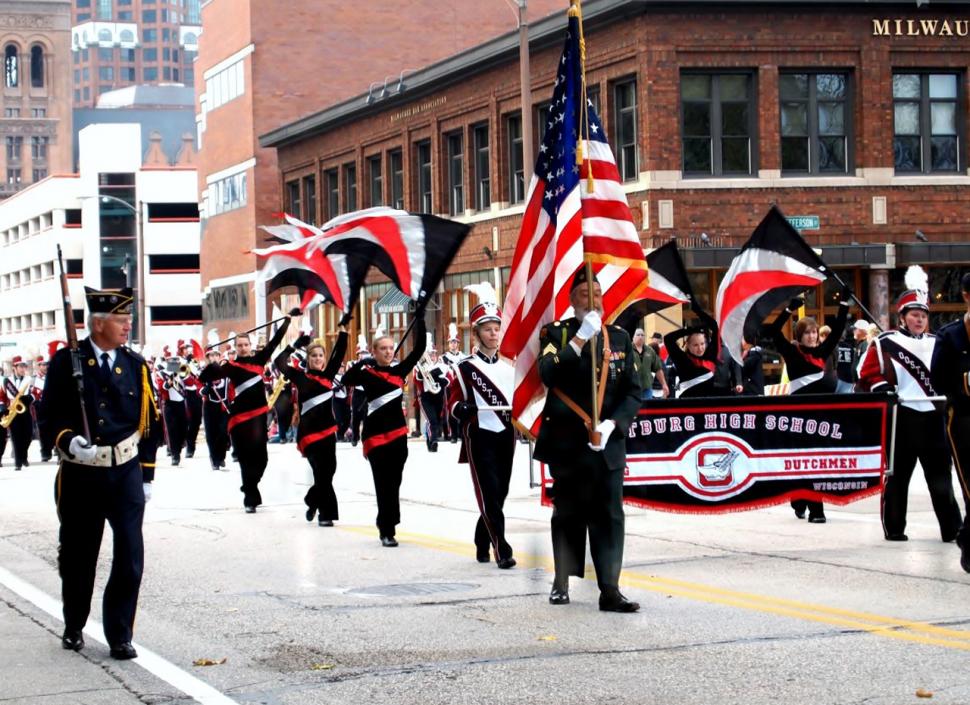 56th Annual Day of Honor & Parade Saturday, November 16, 2019 • 11 am Downtown Milwaukee
Click here for more information about this activity
Please help us keep this calendar up to date! If this activity is sold out, canceled, or otherwise needs alteration, email mindy@kidsoutandabout.com so we can update it immediately.

Special Guests of Honor WWII Veterans on this 75th Anniversary Year of D-Day.

The Annual Veterans Day of Honor and Parade takes place every year on the Saturday before Veterans Day in downtown Milwaukee. The Parade steps off at 11:00 and ends at the War Memorial. The parade boasts over 1000 veterans and military marching in the parade from all over southeastern Wisconsin as well as floats, marching bands, baton twirlers, and more. The parade would not be complete without a few jeeps and tanks as well.

In addition to the parade, the Day of Honor includes military displays at the War Memorial and a Memorial Service at the Reflecting Pool to honor those we have lost in service to our country.

November 16, 2019 – Milwaukee County War Memorial
0900 – Displays and Performances (Check back for a schedule of performances)
1045 – Memorial Service
1100 – Honor Walk – Let our veterans know how much you appreciate them as they parade from the War Memorial over the Mason Street Bridge to Prospect Avenue.
1200 – Veterans Motorcade – Leaves the War Memorial to take our veterans to a reception at Potawatomi Hotel and Casino. Cheer for our veterans along the motorcade route.
*Times, dates, and prices of any activity posted to our calendars are subject to change. Please be sure to click through directly to the organization’s website to verify.